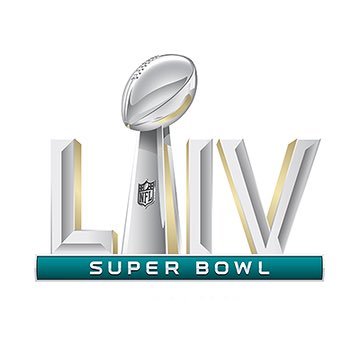 So…Superbowl. Who watched it? There’s a LOT to unpack from so many angles, that I’m not even going to try. But I picked a team to root for (Chiefs, based on how long it had been since they had Superbowl status), and went all in. So, SUPER stoked that they won, super impressed with their QB (DID YOU KNOW HE WAS DRAFTED FOR PRO BASEBALL TOO?! Some talent right there…), and the game was a blast from start to finish. So – can’t complain about that, even though MY SEAHAWKS WEREN’T THERE.

However, I noticed something towards the end of the game that kind of bothered me. Remember this?

They really played this up, that she was the first female coach ever in the Superbowl. And frankly? KUDOS TO HER. I think it’s excellent, because as she says in the video – after the first, there will be more. But what bothers me, is that they played it up A LOT – and then…radio silence. I didn’t *once* see the camera on her during the game. Nor did I hear the announcers say anything at all – even a quick “Good luck to her and the team” at the beginning of the game. It’s possible I just missed something, but…I don’t think so.

If you’re wondering why that bothered me, and why she should get more attention than any other coaches, well…it’s because I’m starting to feel like they *used* her to get more attention for the game, and then just…shut it off. And yet, I guarantee there were some younger girls watching that would have been THRILLED to see them focus on her for even a second during the biggest football game of the year. Some of them were probably *only* paying attention because they’d heard so much about Katie Sowers in the lead up to the game itself. I will also guarantee that – had Coach Sowers been shown at all – there are some parents who would have called their girls in to watch. Me being one of them – because representation matters.

And that’s really what it comes down to. Representation matters, particularly when it’s on the largest stages in the world. This was a huge, defining moment. The *first female pro coach at the Superbowl*. One that would have meant a LOT to millions of girls everywhere, and even more to those young ladies who are actually working on breaking boundaries in their own cities, towns, and states. Girls who are playing football with the boys, against all expectations and norms – and kicking ass doing it.

So kudos to Katie Sowers, and to all the girls who want to follow in her footsteps. Congrats to her for making it as far as she has, and helping to get her team to the Superbowl. And to all those girls out there who were hoping to see/hear more on the big day? Keep on keepin’ on, ladies. Keep on kicking ass and taking names, and one of these days, you can help break down barriers of ALL kinds.

And that means that voting this year will be more important than ever before. So many things are on the line – from healthcare, to voting rights, to the Supreme Court and more. If you have not done so, PLEASE register to vote. And if you *are* registered, visit this site to make sure you are *still* registered:

And then VOTE. As if your life – or that of someone you love – depended on it. Because it just might.

I’ve put together (and will be adding to) a Pandemic Purchasing Book List on Bookshop.com – which supports all indie bookstores! If you’d like to check it out, you can click here: https://bookshop.org/lists/books-i-had-to-have-in-a-pandemic